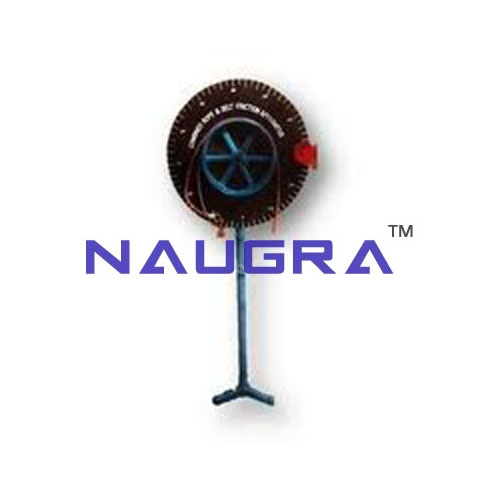 
Machine Friction of Belts Apparatus
The three belts are vie, rope and flat.
The aluminum alloy pulley of approx.
Pulley graduated in 15 degree intervals.
An Instruction manual for student and lecturer supplied.
150 mm diameter has machined grooves to suit the three belts.
The wall mounted apparatus consists of a pulley, 3 belts and 2 load hangers.
Observes the relationship between the tensions in the two sides of a belt; assesses the differences between vie, rope and flat belts; determines coefficient of friction between pulley and the three belt sections; investigate the effect of angle of lap.